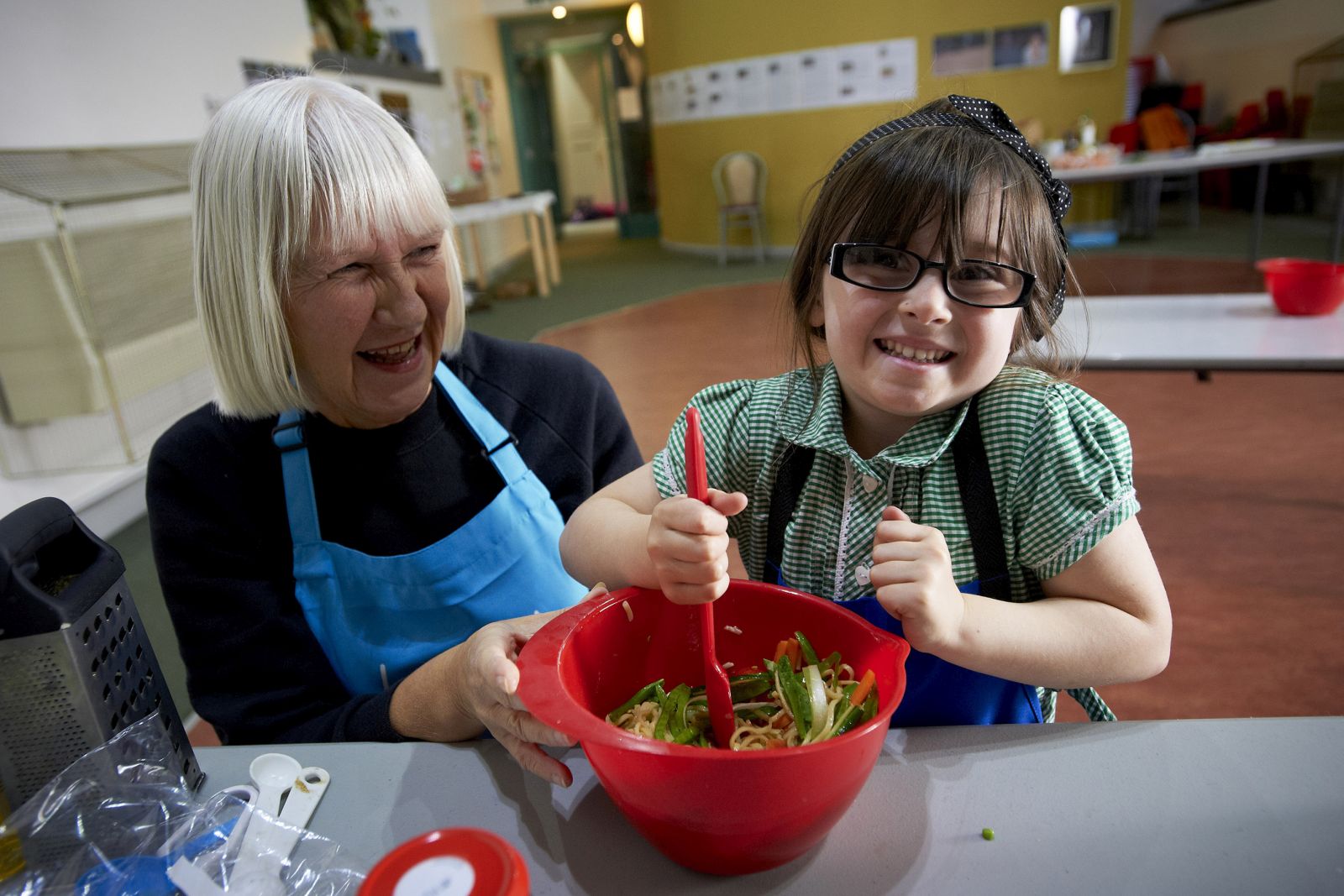 No matter what else they learn, children at a primary school in York will leave knowing how to cook – thanks to an army of Let’s Get Cooking volunteers.

Twenty one parents, grandparents and willing helpers turn up, week in week out at to put almost 60 children a week through their culinary paces at Hempland Primary school – and have been doing so for the past 10 years.

Cooking club coordinator Deirdre Souch said: “Our volunteers are the backbone of what we do. Without the volunteers it just wouldn’t happen.”

Volunteer Christina Gall, aged 56, helps to run the Monday morning session, despite her own daughter having left the school five years ago.

“I keep coming because I know the children thoroughly enjoy it. Parents don’t always have the time to cook with children. I volunteer because I feel like this is giving the children real life skills,” says Christina.

Also cooking each Monday morning is grandmother, Jenifer Ward, aged 74, who drives 35 miles to the school where her grandson Theo, aged seven, is a pupil.

Jenifer says: “I love it. I think it’s good for the young people to see that older people have important skills to pass on. I learned to cook as a child and it’s nice to see the children learning. It all helps to make them more independent when they grow up.”

The children have their first cookery class while they’re still in early years, learning simple skills like stirring. By the time they leave school they will have mastered homemade pizzas, cous cous, Spanish Tortilla and a whole range of soups and desserts.

Deirdre said some people had been volunteering for years, while others had volunteered after hearing about the cooking sessions on the local radio.

“One lady is in her seventies and she has no connection to the school, but once a week she rides her bike across York to help to teach our children to cook,” said Deirdre.

“We have lots of children who won’t eat this or that. Their diet is restricted to the foods they find most appealing and they can be unwilling to try new flavours and ingredients. But when they cook something themselves they’re excited to taste what they’ve made.”